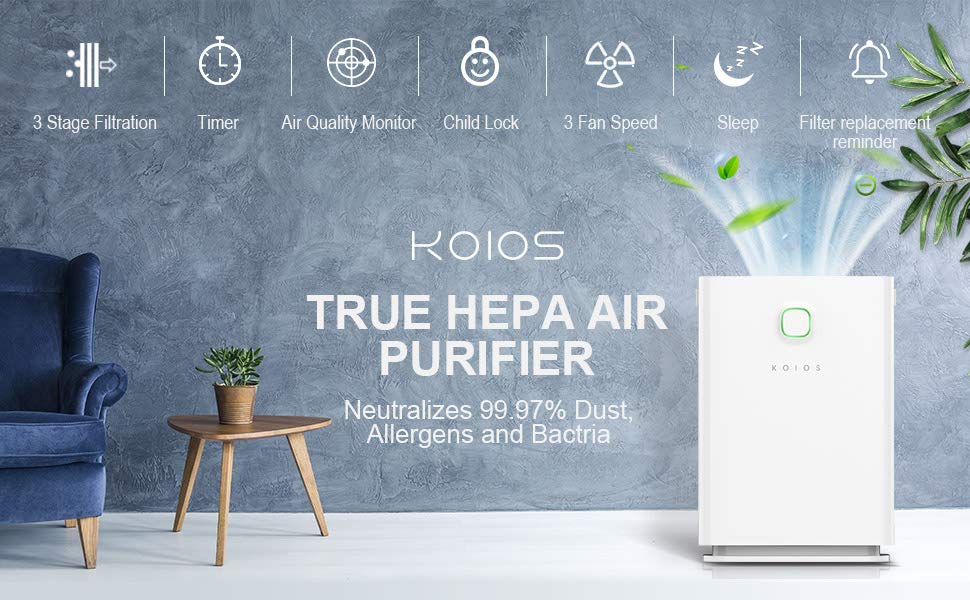 Hey, guys today I want to do just a quick review on what I think is the best bang for your bucket.

Now I should mention to you that I actually found a pretty good deal on it and I’ll put a link below so you guys can check that deal now.

Okay so I’ve done a lot of research lately and what was the best HEPA filter out there and decided to go with this one and I couldn’t be more happier.

I hadn’t seen too many reviews on it as it’s kind of fairly new, so I thought I give you like my two cents based on my experience and let you know what I thought about it. But I’ll tell you straight away – for the price there is not a better one out there.

Before my review take a look what other say about it:

I’ve tested other ones, and this thing works unbelievably well. It has a full 3 stage true HEPA filter which removes 99.97% of all dust, pollen allergens, mold, pet dander from the air.

Another thing I really like about this one too is it can do large rooms. It has a 120 CFM which means it can do up to about a 320 square foot room. That’s if you want this thing like perfectly clean it can do a really a whole house. It can do almost like a hermetically-sealed room if you know what I’m saying.

Another thing I like about this one too is it’s very very quiet.  I’ve had HEPA filters in the past that are quite loud actually and very annoying. The motors and the fans in this thing are extremely quiet you really only hear like the air moving through the unit.

It has a timer built into it too, it has three different fan speeds, and it has a sleep mode which is nice too. You can put this one on before you go to bed, if you like the sound of a fan, that helps you sleep, you can do that and then it’ll turn off after you sleep after so many hours.

Another thing I like about this thing is the filters are cheap for it, and they’re good filters. The replacement filters cost about 30 dollars, and you only have to replace it as they say every 6 months. But it will tell you when it needs to be replaced. It could be sooner or later depending on the frequency of use. I found that I’ve used mine for over a year, and it still doesn’t need to be replaced, but I don’t use mine all the time I only use in a seasonally.

You do get real-time feedback of the air quality in your house. There’s a LED light on the front of the thing that turns green if it’s good air quality, orange if it’s sensing like mediocre and then red if it’s sensing bad air quality. Now it’s important to know that this doesn’t mean that it’s not filtering, it just detecting the air before it goes into the filter, the quality of air in your home, so you know when it’s working.

But yeah I like this thing a lot if you guys have any more questions about it just comment in the comments section below. 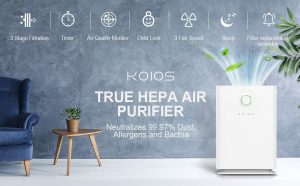 Some recommended products may use affiliate links. Airprofessor.com is a participant in the Amazon Services LLC Associates Program, an affiliate advertising program designed to provide a means for sites to earn advertising fees by advertising and linking to Amazon.com. Amazon and the Amazon logo are trademarks of Amazon.com, Inc or its affiliates.